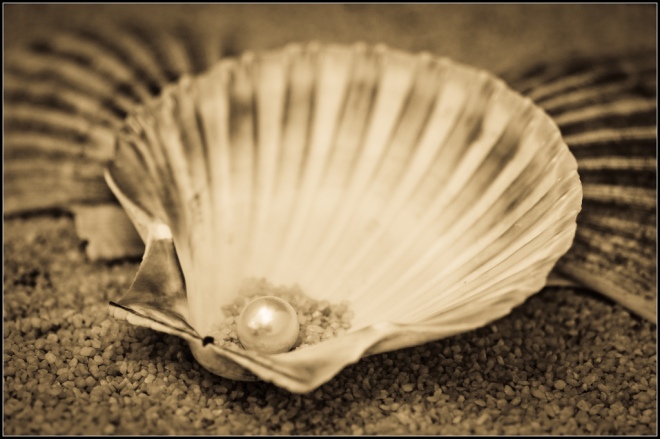 Looking back, I now realize that God has been silent in my mind for a very long time… years, in fact. I have heard God’s voice before in spirit, and I know my Lord’s voice. However, it is apparent I don’t know them well. I’ve been deceived by a number of different spiritual presences since, and I suspect the most pervasive one is my own inner voice.

In June 2016, when I drove myself to the mental health facility to be admitted as an inpatient, I was following something destructive. I ended up writing a few hundred pages in my journal while I stayed there, which I am still not ready to review as of today. That spiritual voice led me down some very strange rabbit holes. This included taking on the identity of the Angel of Death, drinking from cups signifying various things including the tears of the saints, and encouraged the notion of soul mates.

However, in the process of all this madness, I had a profound moment of deja-vu. I cannot tell whether I was sleeping or awake, but I remembered with utmost clarity a religious experience I had in 2003 after I blacked out then. A few months later, this recollection precipitated a chain reaction in my psyche. Under the guidance of my therapist, I revisited many angles of these experiences in my journal and have begun the process of unraveling the twisted rifts in my mind.

Why, I ask myself, is God silent now of all times? I can only speculate. I trust God will make it clear when He speaks to me again and reveal himself when I am ready. He must have a lot of confidence in me to be silent while I sort out a magnitude of burdens with the help of my friends, family, and therapist. While these are burdens, they are also some of my richest blessings and provide me with much wisdom and understanding.

Whether you are spiritual or not, what are some tools you have for sorting out your mind?

Apparently, when I’m abysmally depressed, I’m susceptible to obsessing about suicide for one reason or another. In some cases, the feelings I have contain little or no warrant is there for me to feel that way. I would be open to the notion that demons channel their will into my head in those cases, gathered from what I’ve seen and experienced before.

When I have been truly manic on the other hand, which has happened twice so far in my lifetime, I walk the line between the physical and nonphysical. I walk with other people and other beings who seem to be part of what many would call God, yet there’s a strong connection between all parts of the universe itself. I kiss wisdom on the lips and slide back into reality at an utter loss of words at what just happened. I spent part of a decade trying to unwind these 2 experiences, and have hardly gotten anywhere, it seems.

One thing that shines through it all is a certain voice, whether mine or someone/something else’s that always walks the path of love in the level I do not fully understand. Love as a parent’s unconditional love for his or her child. This voice comes from the center of my confusing existence. I can choose to shut it out, like I have been lately.

But now, I’m opening it up again.

During my first break in the crisis stabilization unit, I met a young boy who was what I believed at the time to be demonically disturbed. He had the ability to look at me and incite torment, along with putting his body in grotesque postures while channeling negative energy where he pleased. I have a few stories about him, and this is one of them.

The care provider orders me to go into HIS room, the young boy’s room, and she slams the door after I get in. I hear a commotion outside and I see my roommate through the window as he flies by on a wheeled stretcher, going into shock.

Must have been that bag of white powder he snuck in upon arrival, which I retorted to him, “That must not be powdered sugar.”

Fortunately, the boy is sleeping. However, as time passes, I feel a different presence take part of this boy. He is covered in scars from I don’t know what. I feel peace now, instead of torment and agony, and he wakes up. He and I are on the same wavelength.

He grins at me and picks up a fresh deck of cards. The boy must be only 12 or 13 at most. We start to play Indian poker, and I notice that he is winning every time. I ask him how he’s cheating! He explains to me that he is not, and I know that something was going on. Somehow, he knows what his card is – at which point he says, “You have that power, too.”

Next, he does a card trick. The simple – pick a card, any card and I’ll find it for you. This time, I hold the deck, shuffle it, and I pick a card. I look at it, and place it in the deck and shuffle a few times. He then takes the cards from me, feels the cards and pulls out my card every time. “How is that possible?” He does this to every card I choose, no matter how thoroughly I hide it in the deck. He tells me to pick another card, but the moment I look at it he tells me what card it is. I check for mirrors, inspect the deck for sliders and marks; nothing! He says to me, “You have that power, too.”

I felt a tug of war inside of me, one side explaining that I’m crazy and this is all nonsense, while the other explains that I do have faith and all of this is real in its own way. One side explains to me that this is the devil’s trickery, while the other says that I have God’s blessing to listen to this boy. After enduring his hell placed upon me, I’m in the light. Listen.

He looks me in the eyes, takes a deep breath, and closes them. “Know the card,” he says. I shuffle the deck thoroughly. I feel as though I’m letting him into my thoughts a little and I pick up a card. The moment I see it, he tells me what it is, and again. “Don’t look at it! That makes it too easy for me!” He then recites several cards to me without anyone looking at them, every time, then faster than I can pick them up – all correct. Somehow, I am on the same wavelength and I understand. I just have to use the same impulse what I call “faith” and know what card it is.

He starts me with Indian poker. I place the card on my forehead, and struggle to convince myself that I know what the card is without getting anywhere. The boy says, “You’re doing it wrong – have faith.” Ok, so I can’t know, but I can have faith that I know. I feel as though a new muscle in my mind twitches and the card is what it is.

I am able to know what each card is in Indian poker, and the card trick as well.

Then I arrive at the point where the boy shuffles the deck, and pulls up one card at at a time. I start slowly, but recite as though saying a sentence all of the cards he pulls up till I’m looking at him and he’s not looking at the cards. The rest of the cards follow in a stream of faces and suits and I recite the remainder in the order of the deck.

The boy is laughing and grinning very big at this point. “Now,” he says, “Keep shuffling till you know you stop.” I shuffled several times, cutting it, and shuffling, until something felt very much in order. I rearrange a few cards blindly. “Done,” I inform him. “Deal us in.” Queen, Ten, King, Jack, and Ace of spades for me. Full house for him.

The boy, exhausted, climbs back into bed. He looks me in the eye and I see visions of ancient people invade my thoughts, and he informs me, “Call me John Raymond. My mom calls me that,” then falls asleep.

When he wakes up, I call him “John Raymond,” and he snaps into a perfectly normal, sweet young boy: not a demon or a prophet.